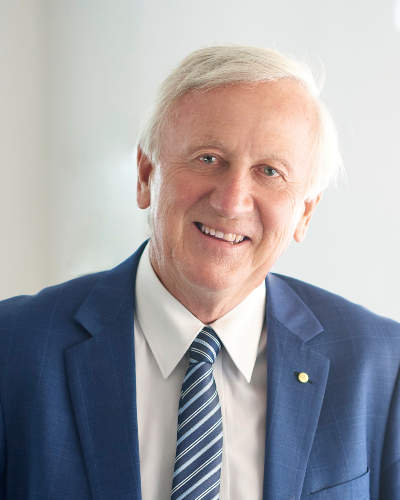 Councillor Laurence Evans OAM has lived in the Bayside area all his life, as have his parents, grandparents and great-grandparents.

He and his wife Jenny have three adult children and seven grandchildren.

Cr Evans demonstrates a strong passion for the foreshore and the natural and built environment.

He also has a deep commitment to the wellbeing of all demographics of the Bayside community.

Cr Evans’ commitment to aged care is evident in his work as a founding member of Fairway Bayside Aged Care Limited (FBACL).

The FBACL is the Board charged with running the Fairway Aged Care facility, a not-for profit 65-bed facility which was started when Cr Evans left Sandringham Council in 1991.

As a retired architect, and as a Councillor, he can also have a strong professional input to the planning of the municipality.

In the Queen’s Birthday 2019 Honours, Cr Evans received an Order of Australia Medal for service to local government and to the community of Sandringham.