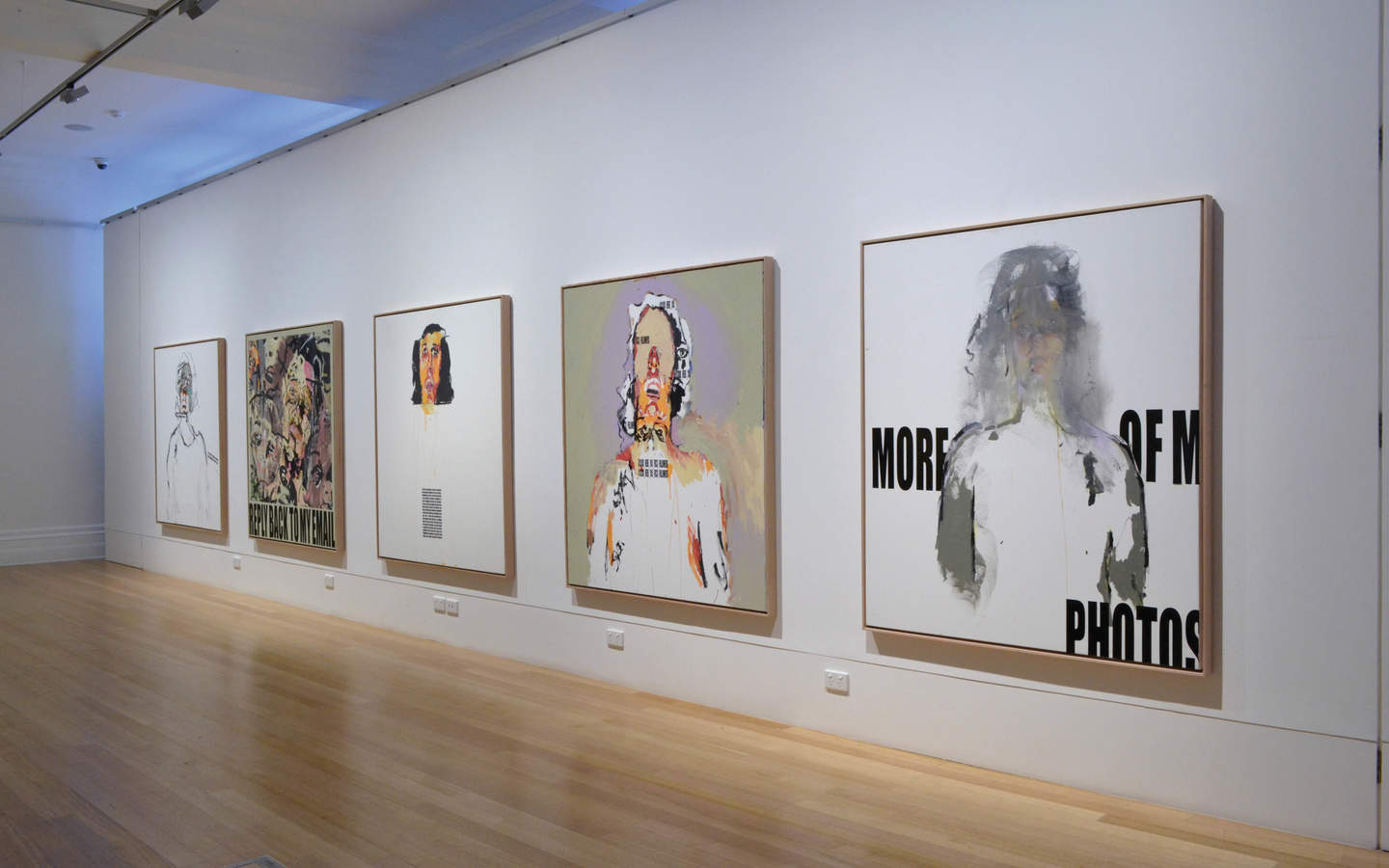 From the Studios: Bayside Artist in Residence

Celebrating the artistic yield of the artists and writers who have completed a yearlong Bayside Artist in Residence at the Billilla historic mansion since 2013.

In this exhibition Deborah White presented a video installation that acknowledged the spiritual essence of the native animals that share her urban space. Using humour and fantasy, White explored the seductive power of ritual to see beyond the everyday.

Habitat brought together a significant collection of Annemieke Mein's work that demonstrated her lifelong passion for raising awareness of the need to protect our natural heritage.

The exhibition which featured wall hangings, drawings, and three-dimensional sculptural objects built upon the success of a previous exhibition at The Gallery at Bayside Arts and Cultural Centre in 2012 that drew visitors from across Australia. Mein's life-like depictions of insects, birds, frogs and plants, fundamentally alter our expectations of what can be achieved with a needle and thread.

In this exhibition on drawings and paintings of townscapes, Bayside artist Gregory Alexander captured the atmosphere of the moment between when the sun sets and the night begins.

Alexander's moody urban streetscapes simultaneously pull the viewer into the frame whilst fostering a sense of distance and isolation.

In addition to a selection of more than 50 works by Beckett from c.1919 to c.1935, The ordinary instant included new works by contemporary female artists of elusive subjects that, like Beckett's, invest notions of beauty, harmony and empathy into the everyday.

The Bayside Acquisitive Art Prize (BAAP) showcases the best of Australian painting with an overall prize pool of $19,000 including the Acquisitive Prize of $15,000, a Local Art Prize of $3000 and the $1000 People's Choice Prize.

Please visit the BAAP website to view the finalists' works.

Prue Acton started her signature creations at the age of 19 and within a few years was the toast of the fashion world. Hailed as the 'Peter Pan' of the Australian fashion industry, Acton had an innate ability to be contemporary and stay attuned to prevailing lifestyles for more than three decades.

From the mod style minidresses of the 1960s to the flowing hippie trends of the 1970s and power suits of the 1980s, Snapshots explored the evolving style of one of Australia's most significant fashion designers.

The exhibition was a participant in the Virgin Australia Melbourne Fashion Festival's Cultural Program Project Series 2016 and is supported by Museum Victoria.

Kevin Chin's large-scale oil paintings immersed audiences in a realm that is Worlds Away. Inspired by magic realist literature, the world is re-envisioned in Chin's work from the perspective of the cultural 'other.'

Drawing from migrant and travel experiences, Chin's colourful assemblages create impossible places we may long to be. This is a search for a home away from home. Landscapes collide and cultural cues coalesce, as Chin turns the everyday into extraordinary scenes

Target was a celebration of the skill and diversity of the art, design, textiles and media created by some of Bayside's 2015 VCE and IB graduates.

Benjamin Aitken's body of work explores historical comparisons between the aggressive cultural change during the time of the Renaissance and the impacts of the internet on contemporary culture.