Seven artists have been selected for Bayside’s 2020-2021 Art Studio Program, based in what was once the servant’s quarters of the historic mansion of Billilla.

These artists will take up residence until December 2021, providing a unique opportunity to further their art practice in these magnificent grounds. This will also be a platform for the artists to connect with local communities through public programs. 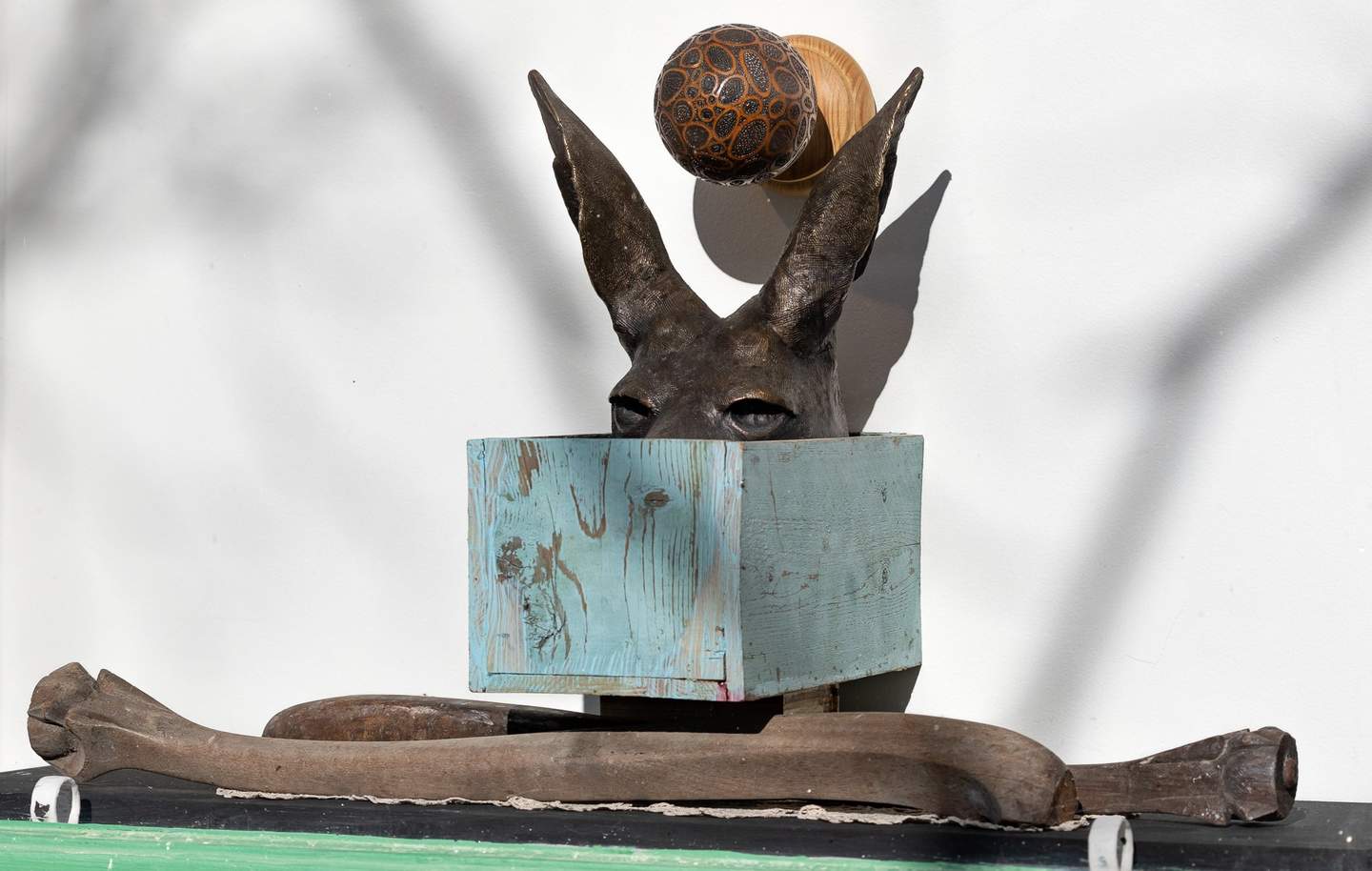 Adrian Spurr is a sculptor and Master Printmaker. In his sculptural practice, he employs various materials such as wood, stone and bronze and will often combine mediums to contemporize his forms. As a printmaker, he incorporates modern technology such as laser cutters, 3D printing and photopolymer plate with traditional relief printing and screen-printing processes. Spurr completed a Bachelor in Sculpture (honours) and Master in Printmaking in the United Kingdom and has worked as an art teacher at a local secondary college for twenty years. He is the co-founder of the Sunshine Print Artspace and in 2019 curated the inaugural BIG Sculpture Biennale at VegOut, St. Kilda Community Gardens.

Born in Hong Kong, Catherine Pickop moved to Bayside last year and is currently a student at RMIT University, completing a Master of Fine Art. Catherine states she is continually seeking new challenges by exploring new concepts and mediums. Catherine experiments with natural mineral dust, mixed with other fine pigments including soil and plant material. Using her hands and body temperature she controls tonal movement to create repetitive and rhythmic geometrical forms on paper. Her most recent work is related to local plants around the Bayside area which involves collecting seeds and rotten leaves to create sculptures and paintings. Catherine has exhibited her work in Melbourne, Sydney and internationally in Hong Kong, London and New York. 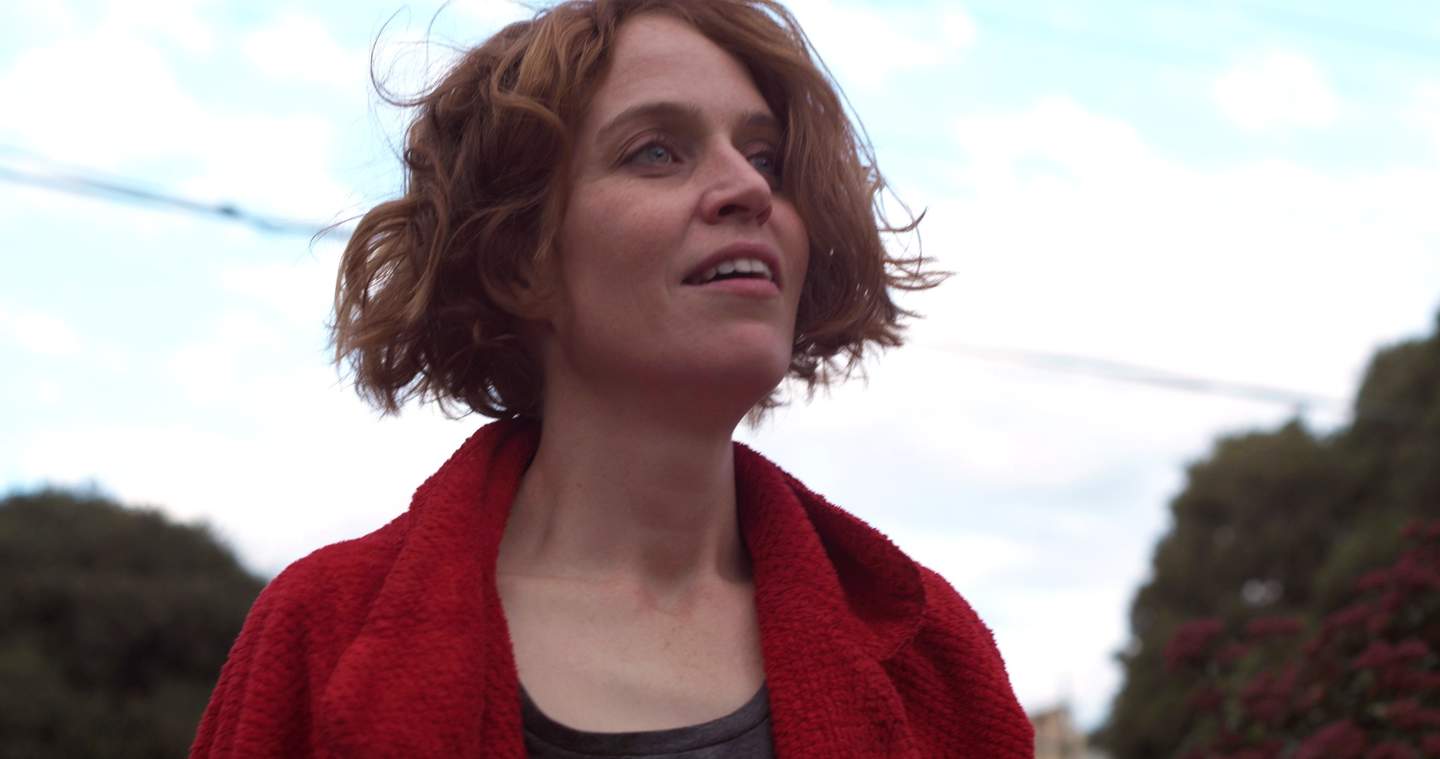 Dana Miltins is a writer, a theatre maker and actor. She studied acting at the Centre for the Performing Arts in Adelaide, and received a Helpmann Academy Scholarship to study at the Stella Adler Studio in New York. Dana Miltins has a long performance career with The Rabble Theatre Company which is known for making visually ambitious, political, feminist and experimental theatre which has toured to the Wuzhen Festival, China; Brisbane Festival; Dark MOFO, Hobart; and Carriageworks, Sydney. In 2010 Miltins graduated from Professional Writing and Editing at RMIT, Melbourne, and now lectures at Monash University and is a guest lecturer at the Victorian College of the Arts, Melbourne. Writing, particularly screenwriting, forms much her current practice and in 2018 she was shortlisted and published in the prestigious Bristol Short Story Prize. 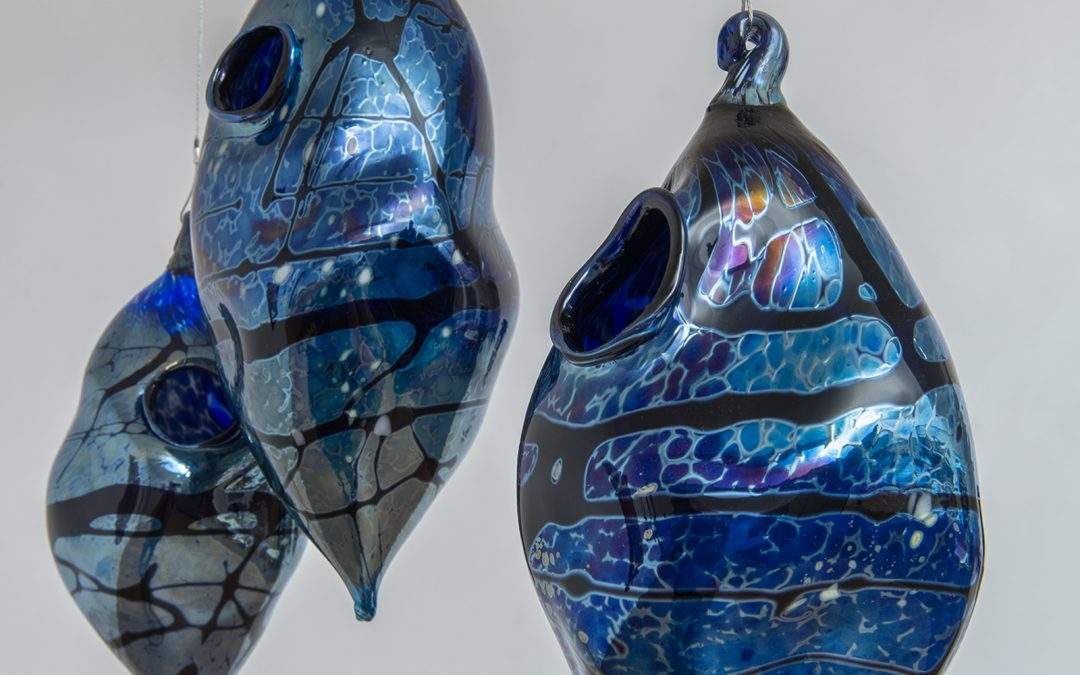 Debbie Symons is a multi-disciplinary artist whose practice addresses a range of themes including humanity's complicated relationship with the natural environment, the dynamics of the global political economy and the effects of consumer culture. In 2014 she completed her PhD in Fine Art and Drawing, Faculty of Art and Design at Monash University, Melbourne, which explored ‘anthropocentrism, endangered species and the environmental dilemma’. With a strong research base in contemporary science and species, Symons utilises databases to investigate the links between these themes and collaborates with scientific organisations to facilitate the statistical data relating to her artworks. Symons is an Associate, School of Art, College of Design and Social Context, RMIT University, Melbourne, and has held solo exhibitions at the Latrobe Regional Gallery, Vic., RMIT University, and Linden Centre for Contemporary Arts. 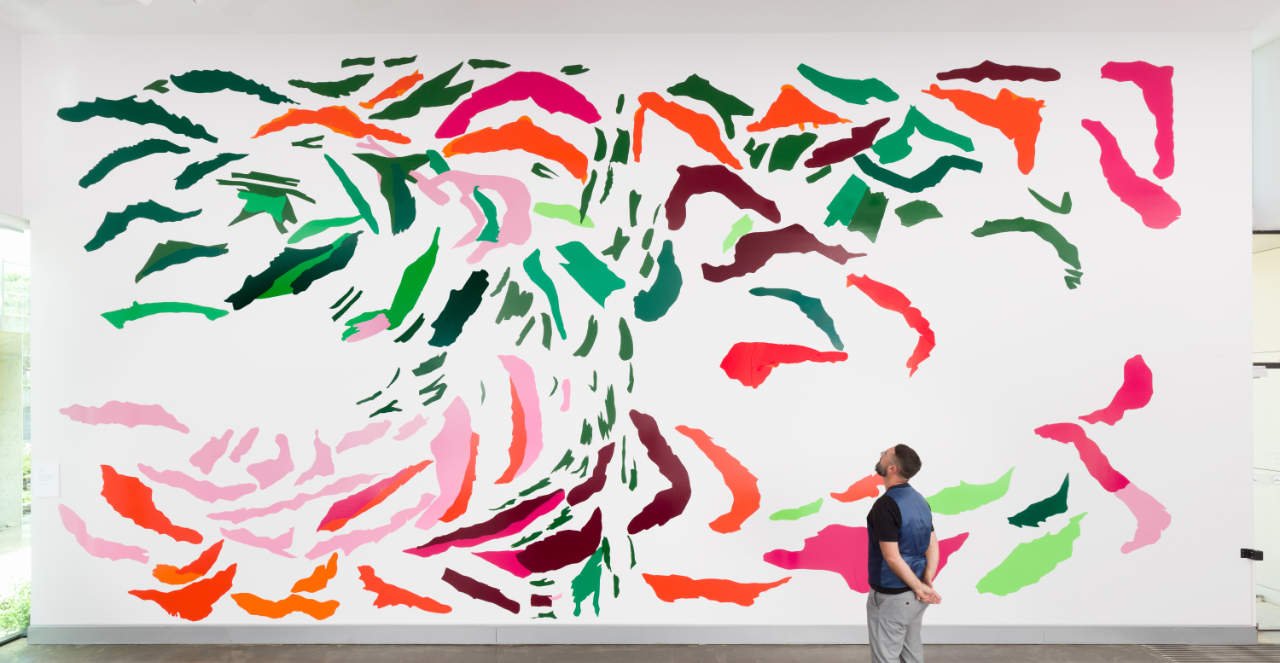 Julia Gorman has a career that spans over two decades. Working across painting, drawing and sculpture, her work is as ephemeral as balloons and streamers, or as permanent as welded steel public sculpture. Her practice draws on a broad variety of subjects ranging from plants, cartoons and stained glass to ancient monuments. She has exhibited widely throughout Australia at major institutions, including the Museum of Contemporary Art, Sydney; the Australian Centre for Contemporary Art, Melbourne; and Heide Museum of Modern Art, Melbourne. Gorman has undertaken public art commissions and residencies in Sydney and Melbourne and her work features in public collections including the National Gallery of Victoria, Monash University, and Geelong Gallery.  Gorman holds a Master of Fine Arts, Monash University, Melbourne (2006) and is represented by Sophia Gannon Gallery, Melbourne.

Martina Copley describes her profession as an artist, curator and writer interested in ‘different modalities of practice and the annotative space’. Working with word and voice, film and sound, drawing and installation, her doctoral research project at the Victorian College of the Arts, University of Melbourne (2019), considered the transposition of the rhetorical figure of the aside as a poetic strategy in art. Recent exhibition projects and publications include The other writing, Seventh, Melbourne (2020), Doubting writing/writing doubt, held at the Australian Centre for Contemporary Art (2019), Unhidden, Counihan Gallery, Melbourne, (2017) and Between these worlds there is no ordinary continuity, Melbourne Festival (2016). Martina is a lecturer and tutor at RMIT University and at LaTrobe College of Art + Design in Melbourne. 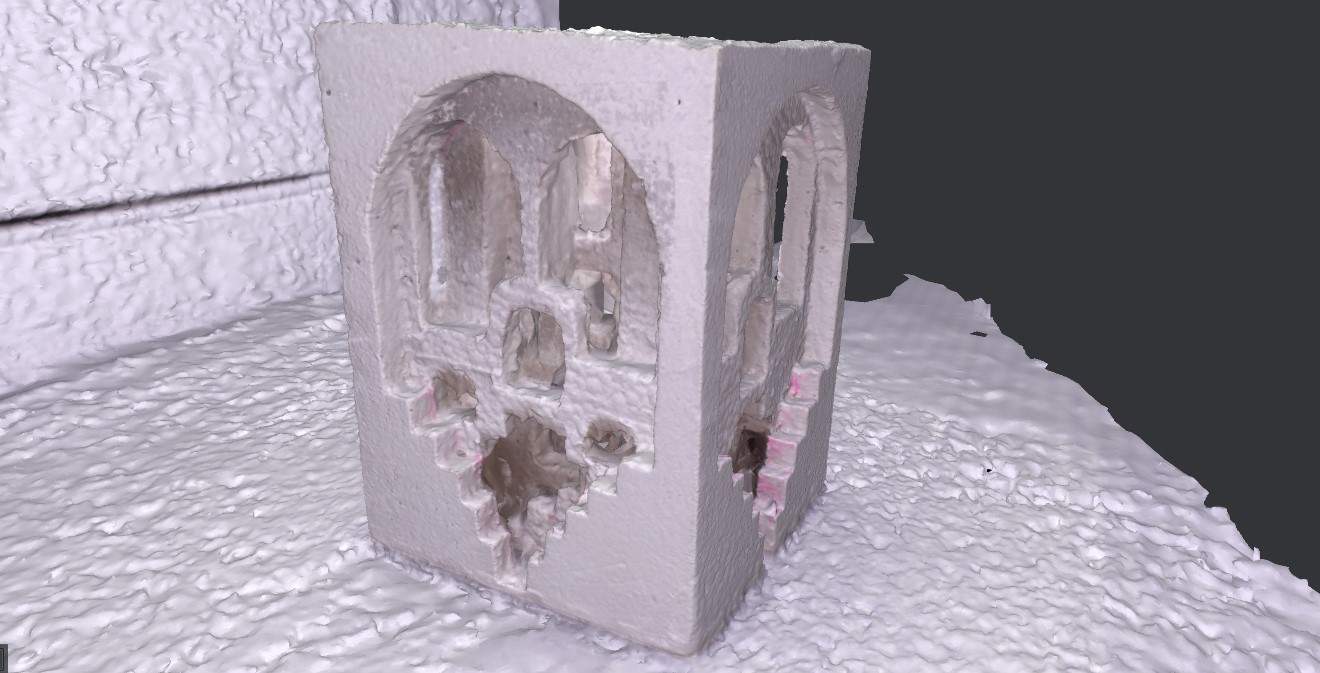 Image credit: Black and white digitised image depicting a foam like cube sitting on a white surface. Stairwells and archways are carved into the cube.

Luhsun Tan is a multidisplinary artist with a focus on screen culture, in particular animated documentary and virtual reality narratives for education and community programs. His current practice is underpinned by the exploration of image theories and decolonialisim, often in context of experimentation through new media.  Tan has won awards for his short films including at the 7th Screengrab International Media Arts Award, Townsville, Queensland, and has screened his work at numerous national and international festivals including the Adelaide Film Festival, Montreal World Film Festival, Melbourne International Film Festival, and the SICAFF Animation Film Festival, Korea. Luhsun Tan holds a Master of Animation, Victorian College of the Arts, University of Melbourne (2004) and a PhD in Philosophy, Fine Art, Monash University, Melbourne (2015).