What happens to my food and green waste?

By putting your food scraps into the food and green waste bin instead of the general waste bin, you will help reduce the amount of waste going to landfill. But where will it go instead?

The food and green waste will be sent to an organics facility and turned into a high-quality compost which will be used by Victorian farmers. This aids the growth of fresh food and reduces the amount of damaging methane gases created by food rotting in landfill.

However, a lot happens from when our trucks collect your waste from the kerbside to when Victorian farmers receive the compost.

Food and green waste bins are taken to Sacyr Environment Australia’s organics facility, located in Dandenong South. The Sacyr facility is fully enclosed and has three separate areas for pre-processing, in vessel treatment and maturation.

The composting process has several stages, the first of which is conducted at the pre-treatment area of the facility. During this stage, the organic material is organised by size, and shredded.

After the material is shredded, it is processed through a magnet which extracts any small metal contaminants which are then fed into a container and sent to a metals recycling facility.

The organic material is then transferred to the composting area of the facility for the next stage, which will take approximately 14 days.

Sacyr use an in-vessel treatment where the organic material is processed in tunnels that enable the team to monitor the temperature, moisture, and oxygen levels, ensuring that everything is within an optimal range. This stage is particularly important for the quality of the compost.

The fermented organic material is then taken to another area of the facility where it will sit for 28 days to mature into compost. The whole process will take approximately 42 days in total and follows the EPA’s guidelines and directions.

When the maturation process is completed, the organic material is refined and again screened for any contaminants such as glass, plastic and textiles.

It is now officially compost and is then sold on to farmers, wholesalers and retailers.

By using our food and green waste collection service correctly, you will ensure this process goes smoothly (less contaminants to screen for a quicker process); reduce the amount of food and garden waste that is sent to landfill and help nourish farms and gardens.

In the first two years of the food and green waste service, landfill volumes have decreased by around 11%  the equivalent of 270,000 household rubbish bins of waste saved from landfill. 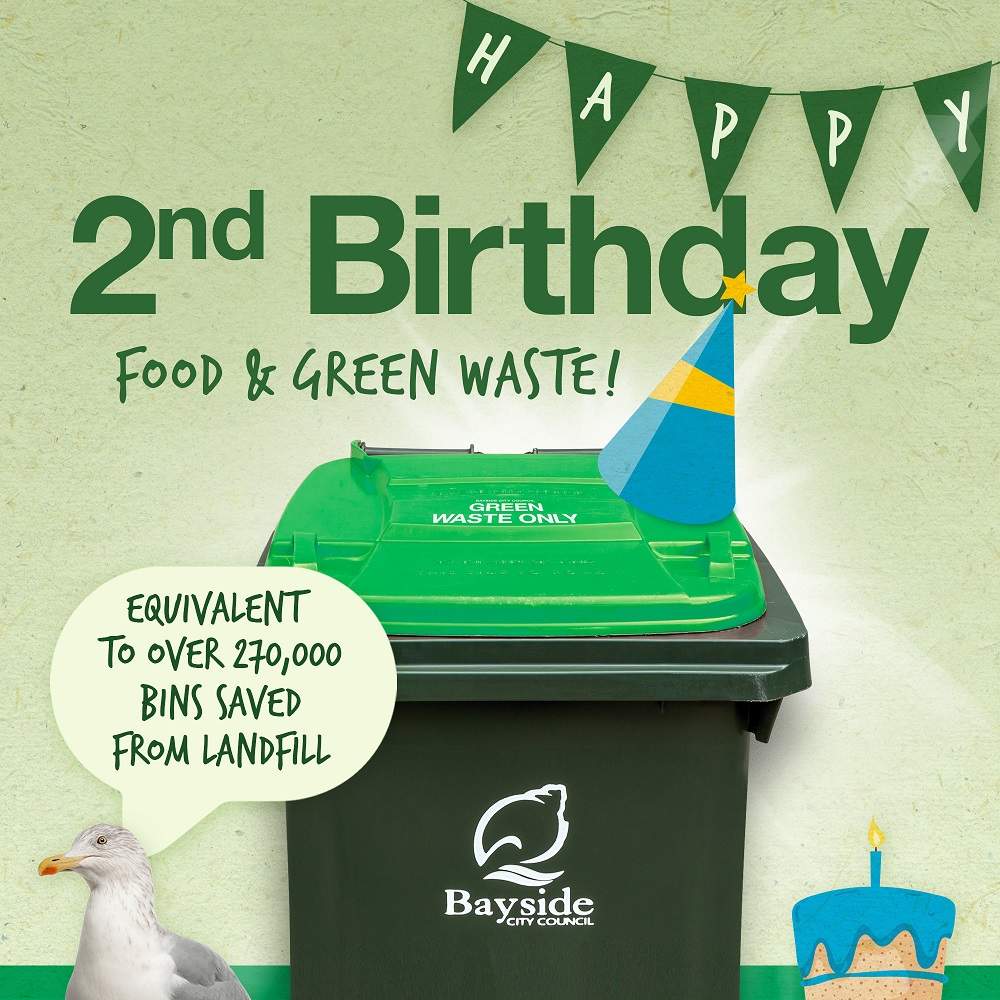 The food waste is now being transformed into compost for Victorian farmers rather than creating harmful greenhouse gases in landfill.