E-waste items are no longer be accepted in your kerbside bins, meaning you will need to take it to an e-waste collection point, like the Bayside Waste and Recycling Centre.

You can still include large e-waste items (such as white goods and TVs) in your hard waste collection, and you may be able to return items to stores from which they were originally purchased.

Under Victorian Government legislation, electronic waste (e-waste) is banned from landfill as of 1 July 2019, meaning e-waste will no longer be accepted in any kerbside bin.

E-waste is any item with a battery, cord, or plug that is no longer working or wanted.

This covers a whole range of items from home, work, and out in the garage or garden shed, including (but not limited to): 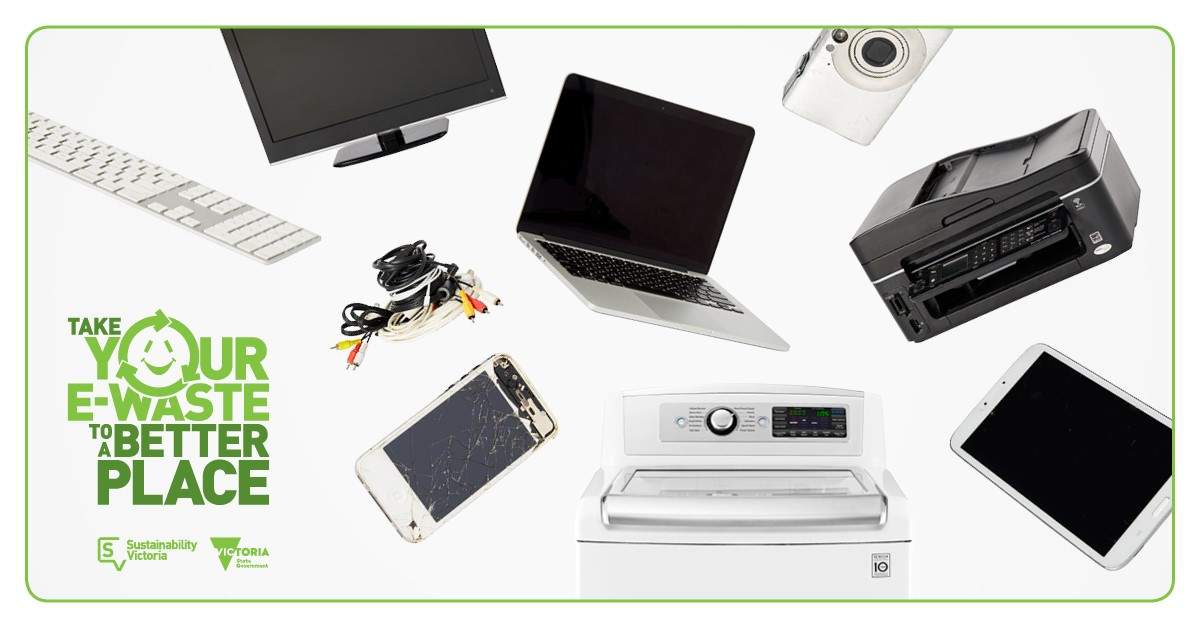 Why should I recycle my e-waste?

E-waste is growing up to three times faster than general municipal waste. These items contain hazardous materials such as lead and mercury, harmful to both human health and the environment. They also contain valuable materials such as gold, silver, and copper, which can be recovered and reused. Rather than sitting in landfill, your e-waste can be remade into something new.

For instance, over 1 million mobile phones are discarded in Australia every year. If we recovered them, we could reuse up to 16 tonnes of copper, 350 kilograms of silver, and 34 kilograms of gold!

Where can I take my e-waste?

Small e-waste items such as batteries, old phones, light bulbs and cords can be disposed for free by taking them to any one of Bayside’s community recycling stations.

The above items and larger e-waste items can be taken to the Bayside Waste and Recycling Centre, 144 Talinga Road, Cheltenham 3192.

The below items will not incur a cost. There may be a small charge for other e-waste items at the Bayside Waste and Recycling Centre.

Any data will be securely destroyed to protect your privacy.

Larger e-waste items – such as white goods and televisions – are already collected and recycled as part of Council's hard waste collection. These services will continue as normal.

Here are some other ways to recycle your e-waste: