Her Own Path: Margaret Baskerville

Painter and sculptor Margaret Baskerville is an important and under recognised trailblazer in Australia’s history of art. At the turn of the 20th century, Baskerville emerged as one of Australia’s first generation of female sculptors and became one of the country’s most widely commissioned sculptors at the time. 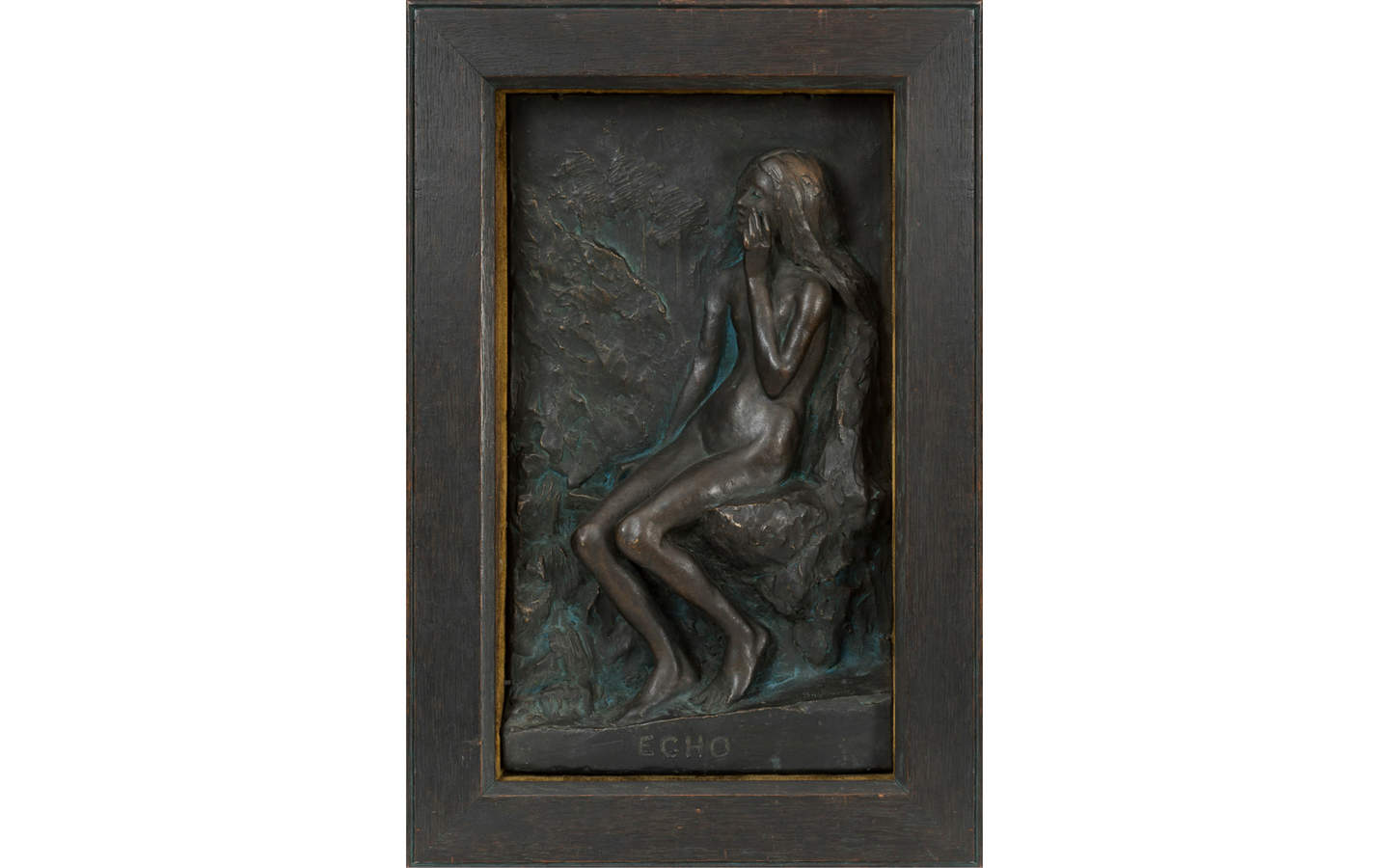 Margaret Francis Ellen Baskerville (1861-1930) was born on 14 September 1861 in North Melbourne to Edgar Arthur Baskerville, an ironmonger, and Sarah Francis, and was the eldest of five daughters and three brothers. She is a descendant of the famous 18th century Birmingham printer John Baskerville after whom the Baskerville typeface is named. She spent her childhood in Ballarat before moving back to Melbourne in 1874 where her father became a tobacconist in Bourke Street.

As a child she demonstrated an early talent for drawing and in an interview recalled, ‘I began to draw as soon as I could hold a pencil, and scribbled over everything I could get hold of— my father's bank book among other things.’[1] This incessant interest eventually paid off when someone recommended to her father that she should study art, which she later did at the National Gallery Art School in Melbourne. 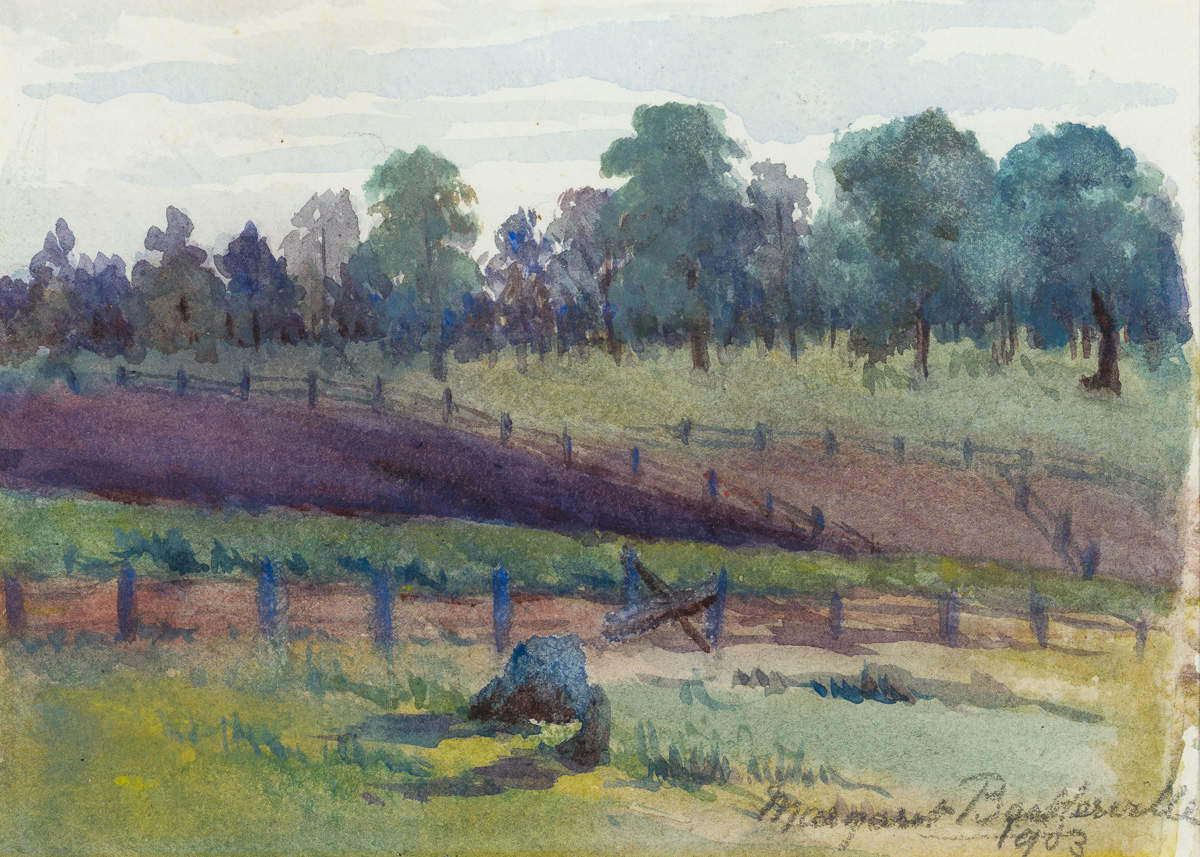 Baskerville enrolled at the National Gallery Art School from 1879-86 where she studied drawing under O.R. Campbell and painting under the history and portrait painter G.F. Folingsby. Other students attending the National Gallery Art School at this time included John Longstaff, Jane Sutherland, Rupert Bunny, Clara Southern, Tom Roberts and Charles Douglas Richardson. In 1885 she was awarded second prize for drawing at the school and in 1887 received an Honourable Mention.

In 1890 Baskerville attended life classes and modelling conducted by sculptor and painter Charles Douglas Richardson at the Victorian Artists Society. Richardson was to become her husband some thirty years later. It was under him that Baskerville learnt about ‘New Sculpture’, a British art movement with an emphasis on naturalistic poses and spiritual subjects, which Richardson had studied in his recent time in London. By 1898 Baskerville was to exhibit her first sculptural pieces at the inaugural exhibition of the Yarra Sculptor’s Society, where she was not only a founding member, but was later to become Honorary Secretary. From then on, sculpture was to become her focus while painting was something that she would regularly return to for recreation.[2] Sculpture at the time was not a popular medium in Australia, and certainly not something that many women practiced. 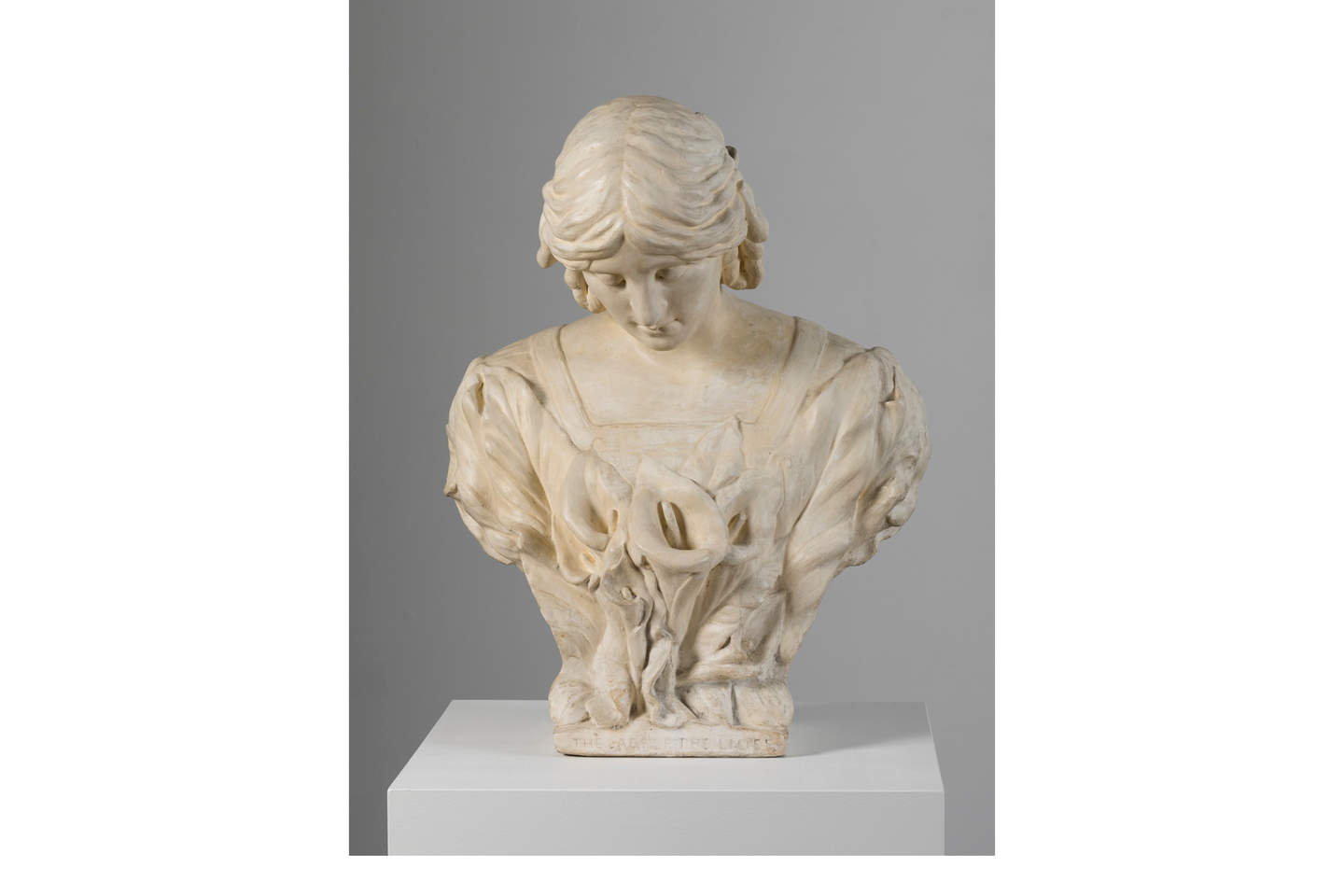 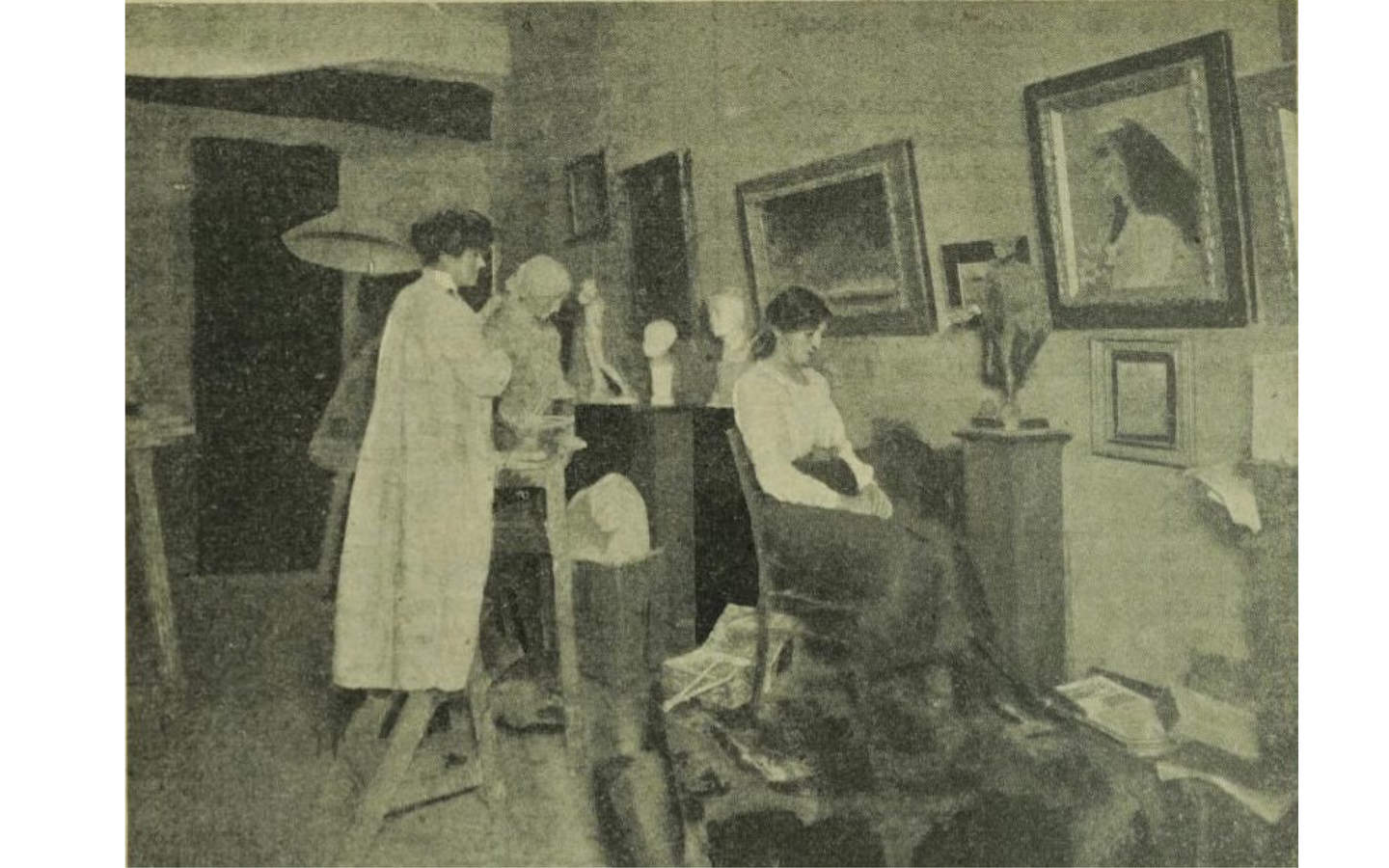 Following the completion of her course at the National Gallery Art School, Margaret Baskerville was granted a licence for the instruction of drawing with the Education Department of Victoria. Baskerville was to teach at the Education Department for 16 years, in addition to offering private tuition in figure, still life and outdoor sketching.[3] Unlike some of the other women in Her Own Path, Baskerville needed to save money through teaching to afford travel abroad. After years of planning and saving, she travelled to London to further her studies in sculpture from 1903-06 at the Royal College of Art under Professor Edouard Lanteri, followed by travels to Paris, Italy and Switzerland to study the European old masters. Upon returning to Melbourne in 1906, Baskerville’s hard work overseas paid dividends when she won six prizes in sculpture at the 1907 Women’s Work Exhibition. 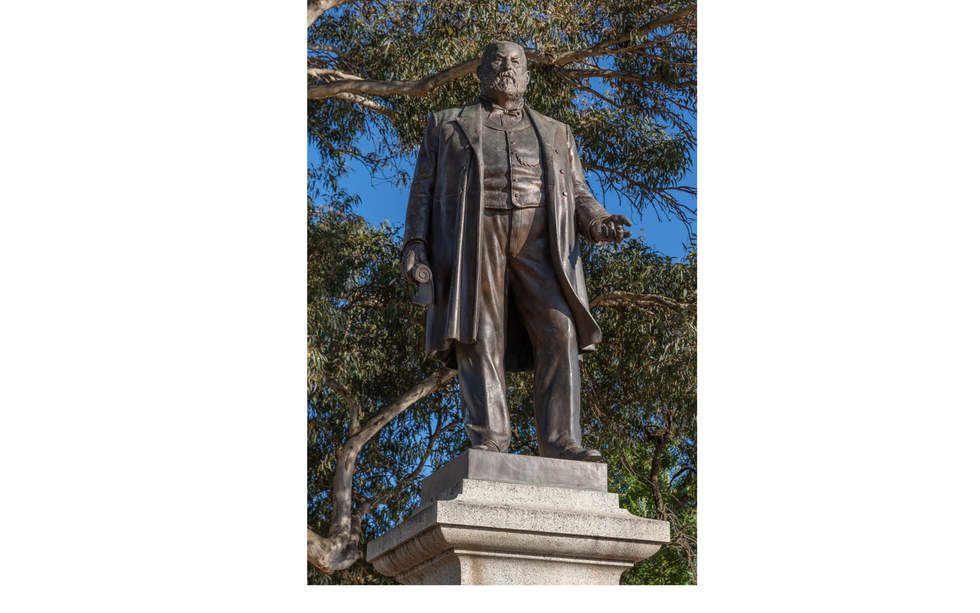 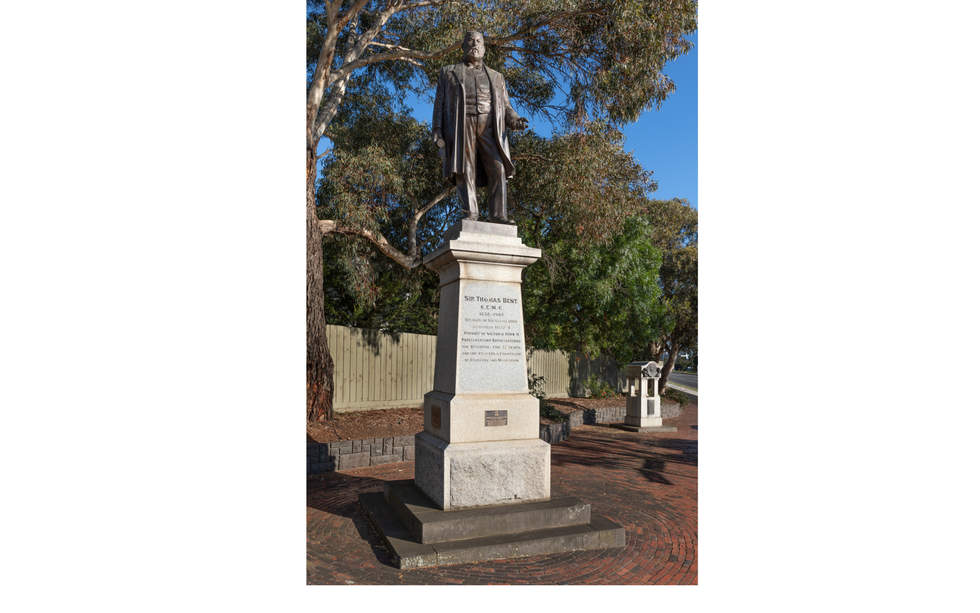 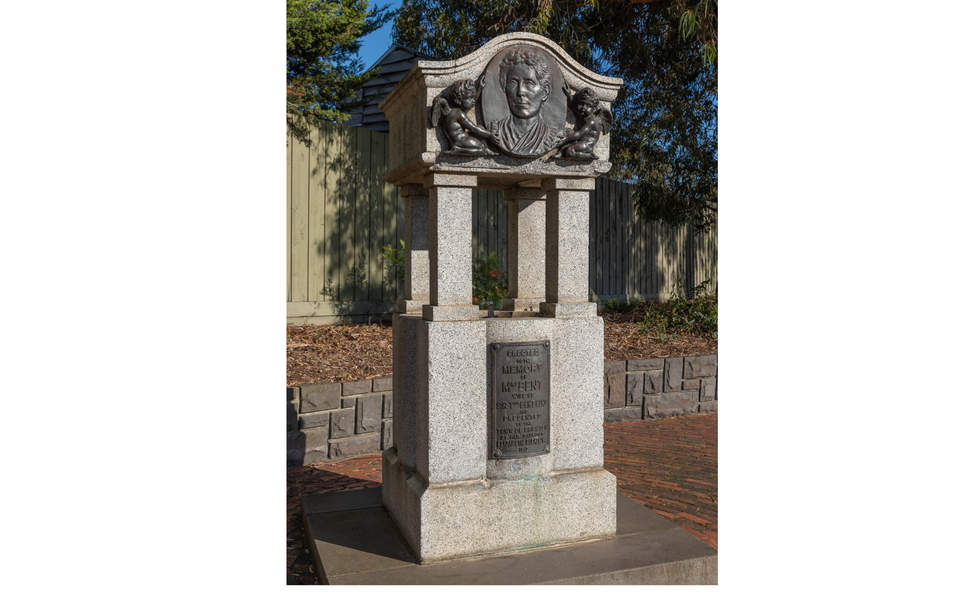 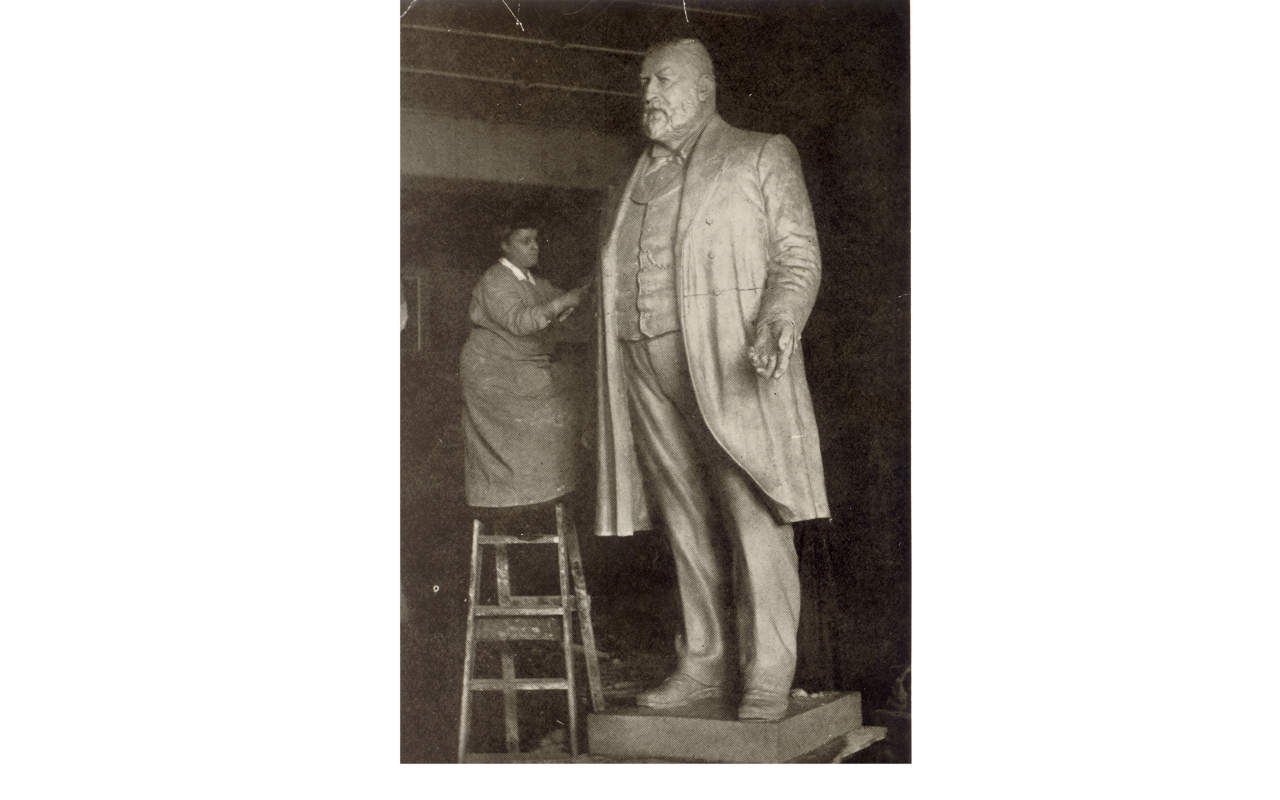 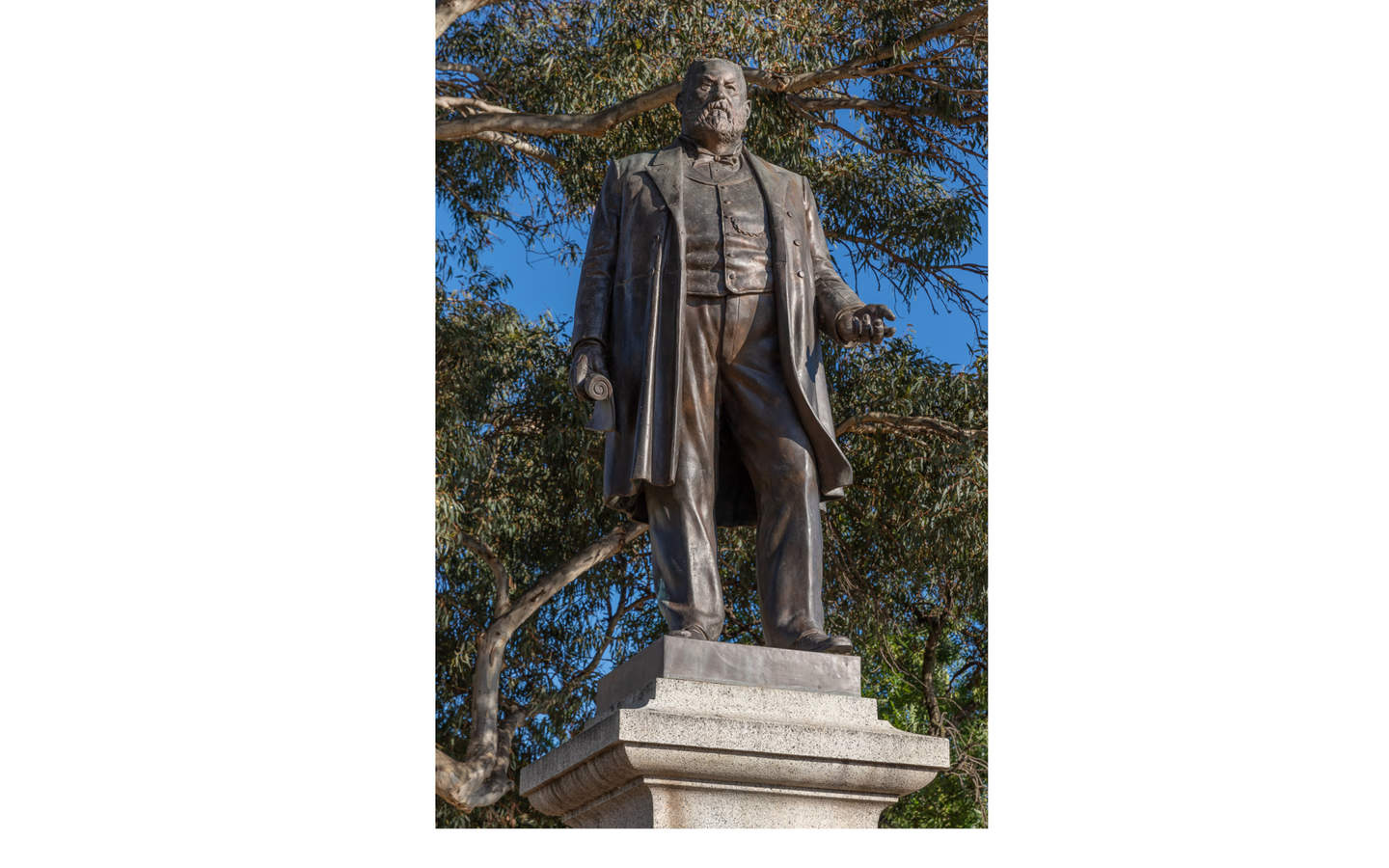 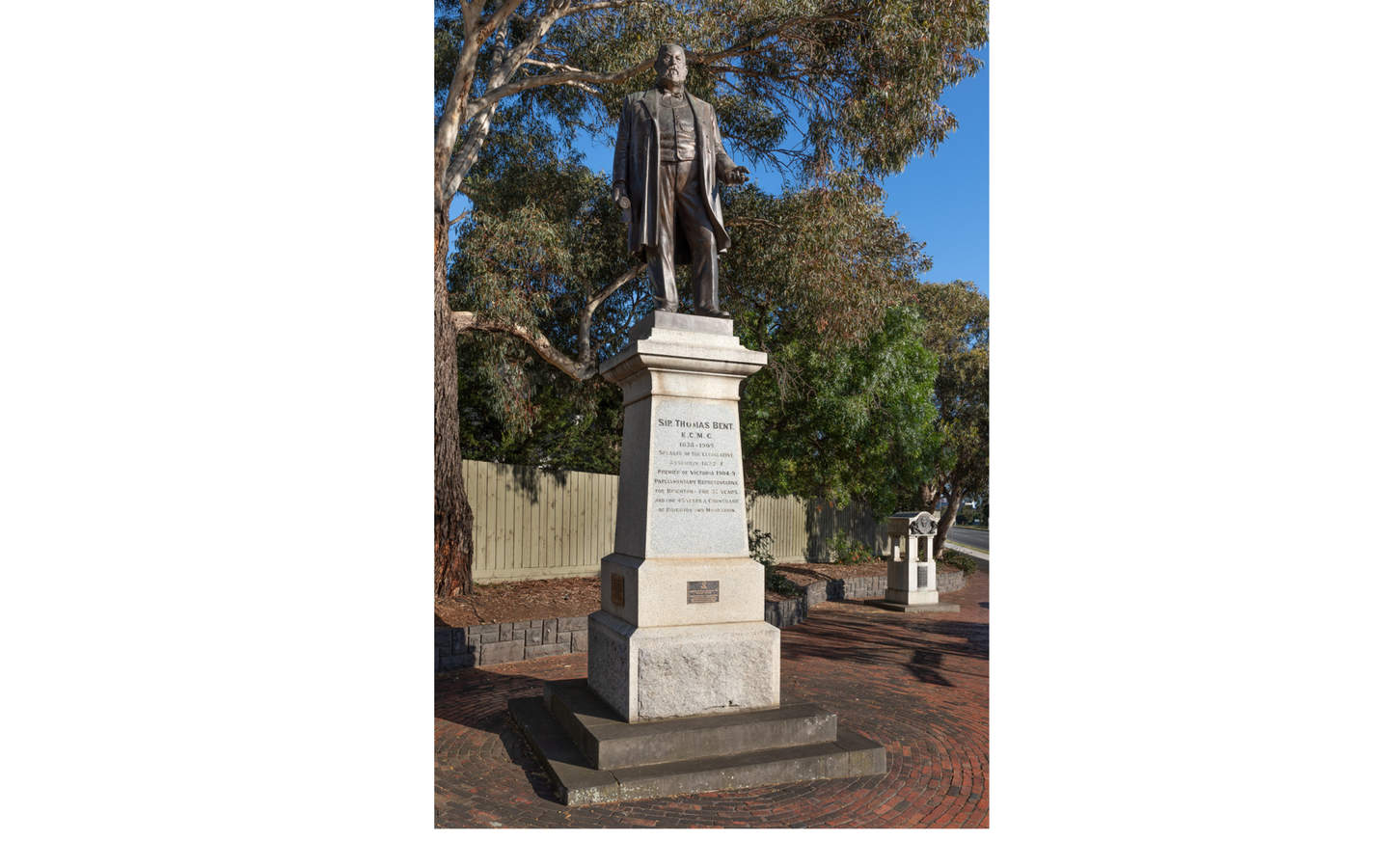 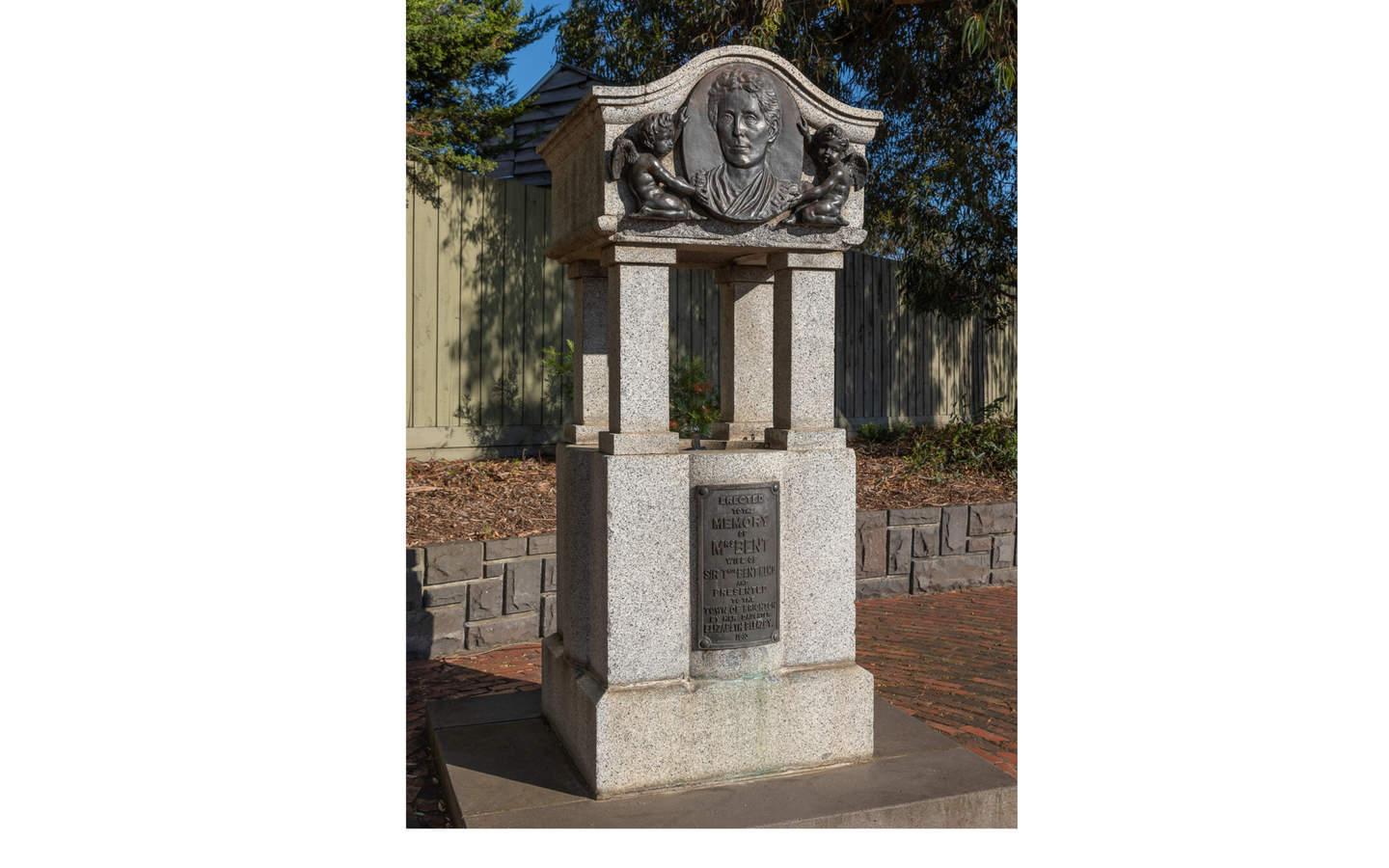 Begun in 1911 and unveiled in October 1913, the sculpture of politician and land speculator, Sir Thomas Bent, was Baskerville’s first public commission and a significant turning point in her career. ‘In entering for big memorial competitions, I have always been heavily handicapped by not having any public representation. I virtually had nothing to show of my work in a big way. When this statue is finished, it will be there, in a public place, standing as a silent evidence to either condemn or recommend me.'[4]

Arguably Baskerville’s most famous work, the bronze statue of Bent is an impressive sculpture. Originally located in the centre of the Nepean Highway, at 9 feet high on a 12 foot granite pedestal, it became somewhat of signpost for many Melbournians until it was relocated to the corner of Bay Street in 1980. As shown in the images above, Bent is depicted wearing his everyday attire of a long frock coat, holding a roll of manuscript in his right hand, while his left is raised as if he is delivering a speech.

The sculpture impressed Thomas Bent’s daughter so much that she commissioned Baskerville to complete a second work to be displayed close to the sculpture – a fountain memorial to her mother. Still located adjacent to the Sir Thomas Bent sculpture on the corner of Bay Street and the Nepean Highway, the medallion portrait of Mrs Bent is flanked by two cherub figures, signifying maternal love.

Following her sculpture of Sir Thomas Bent, Baskerville continued to receive a number of important public commissions including a statue of James Cuming (1916) in Footscray, the Alexandra War Memorial (1924), The Maryborough War Memorial (1926) and a memorial to the nurse Edith Cavell (1926), of which Bayside city Council owns the plaster bust of, as seen below.

Edith Cavell was an English nurse based in Belgium who had been killed by German officers for conspiring to help in the escape of allied soldiers. Although commissioned in 1917, the memorial was not completed until 1926 ‘due to both the difficulty of obtaining Carrara marble from Italy after the war and the increasing number of Baskerville’s other commissions.’[5] Originally unveiled on St Kilda Road, the Nurse Edith Cavell Memorial is now located at Kings Domain on Birdwood Ave, Melbourne.

These commissions, along with her awards and critical recognition, would see her acknowledged as the first professional female sculptor in Australia. 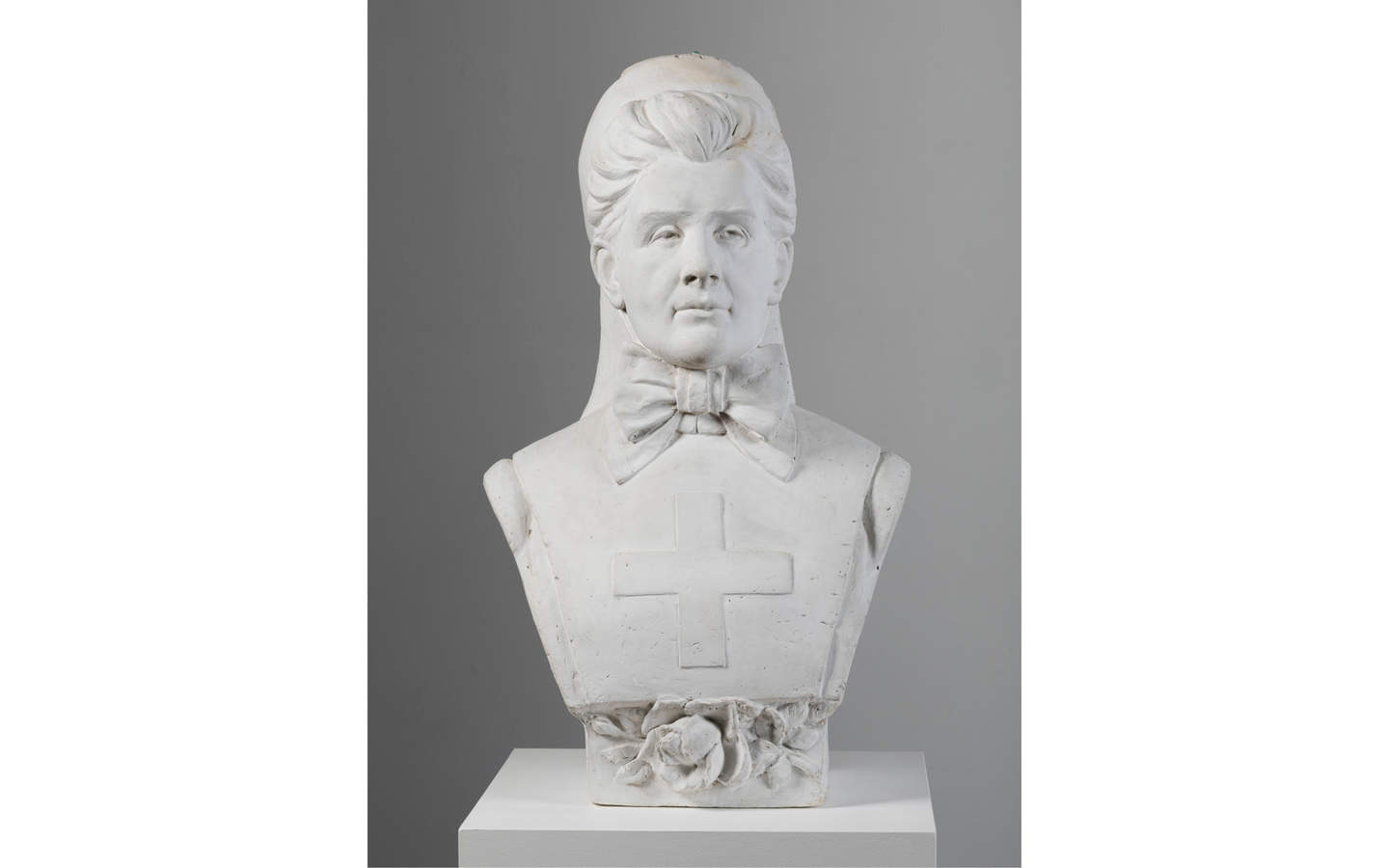 After thirty years of friendship, on 23 December 1914, Margaret Baskerville married Charles Douglas Richardson, she was 53 and he was 61. The artists were to set up a home in Church Street, Brighton, with a purpose-built studio big enough to take their large commissions and surrounded by gardens ideal for sketching. They were to work on several joint pursuits, including illustrating a booklet for the Red Cross, To the Women of the Empire: A Tribute (1918) and the large bas-reliefs for the foyer of the Capitol Theatre in Melbourne, The Dance of the Hours (1922-24). 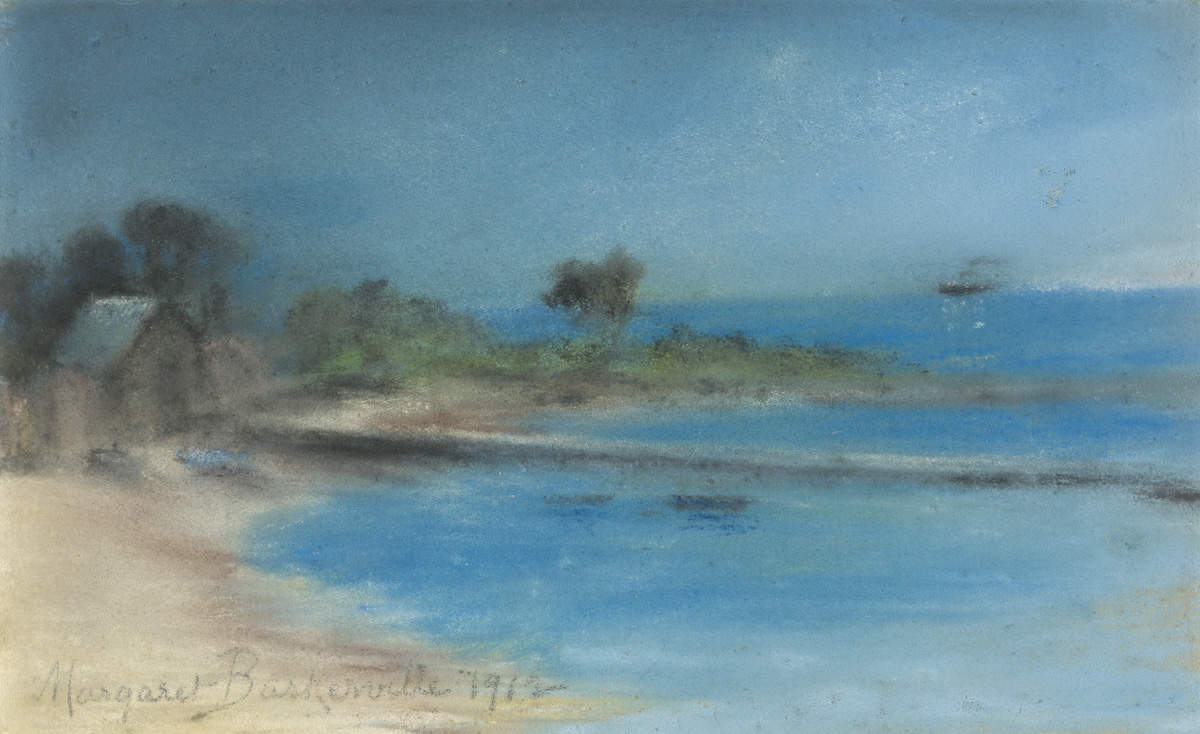 In 1930 Margaret Baskerville died at home in Brighton from a stroke. A year later her husband, Charles Douglas Richardson, bequeathed a large collection of his and his wife’s works to what was then the City of Brighton. The gift, which included sculpture, paintings and watercolours, forms a significant part of Bayside City Council’s Art and Heritage Collection. 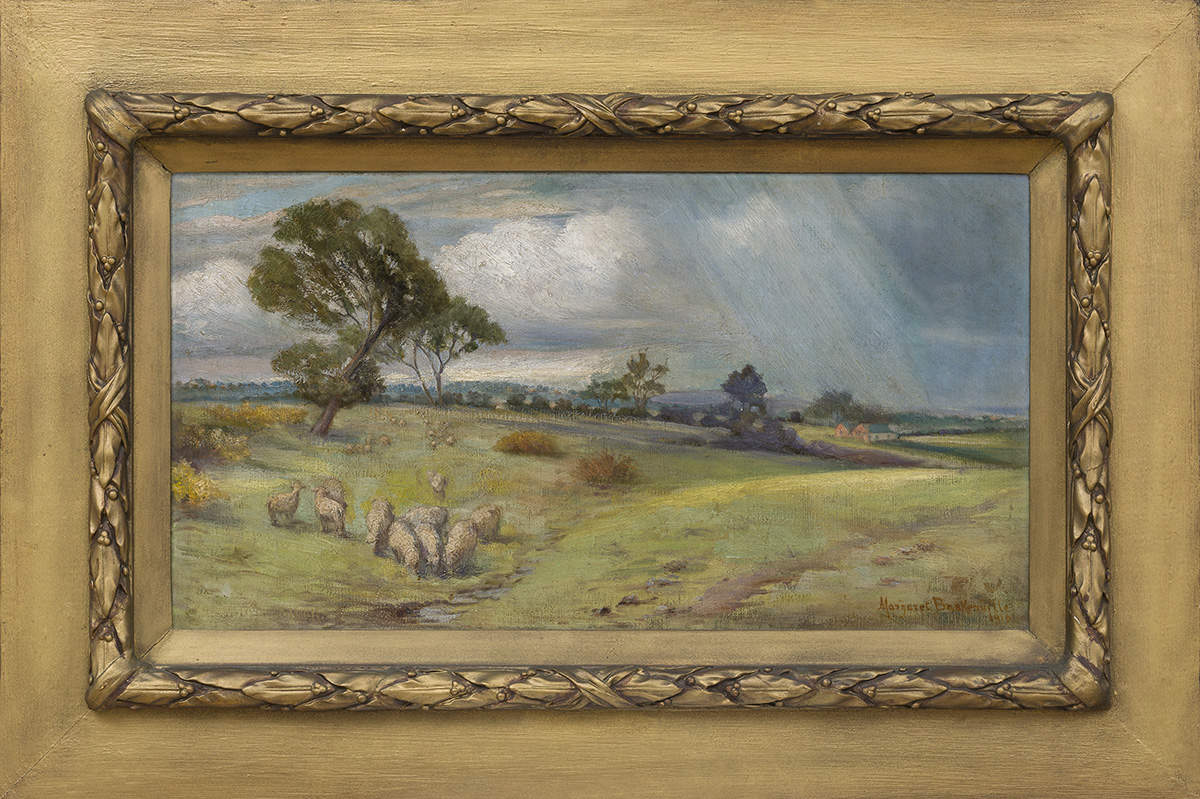